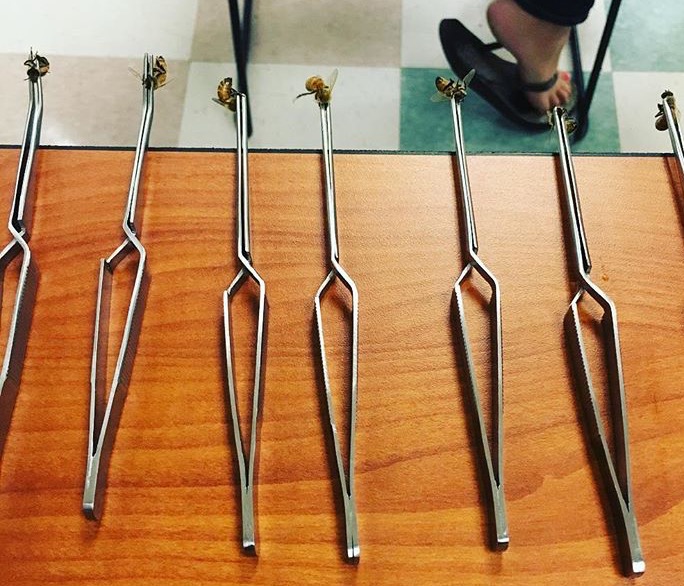 Apitherapy  or Bee venom therapy (derived from the Latin word apis, meaning bee) is the medicinal use of products made by honeybees. Bee Venom Therapy  has magnificent healing properties and is effective for the treatment of multiple chronic and autoimmune conditions.

Homeopathic honeybee venom therapy is a natural anti-inflammatory and pain reducing agent. Therapies using the honeybee have existed for thousands of years. The ancient rock art of early hunter-gatherers portrays the honeybee as a common source of natural medicine. Bee Venom Therapy was practiced in ancient Egypt, Greece, and China, three Great Civilizations known for their well advanced medical systems. Hippocrates, the ancient Greek physician known as the “Father of Medicine”, identified the healing properties of bee venom for treating arthritis and other joint problems. Today, there is scientific evidence developing that suggests that various bee products promote healing by improving circulation, decreasing inflammation, and stimulating a healthy immune response, according to the American Apitherapy Society.

There are three ways to get Bee Venom Therapy:

Most reactions are mild.  Most people experience redness, mild swelling, heat and itching in the area of the injections, which is a conventional part of the treatment process. This can last from a few minutes to 2-5 days and go away by themselves.  More serious reactions include flu-like symptoms lasting up to several days. This herx reaction is also routine as your body is going through a fighting/healing response. It is best to do nothing, to recognize the reaction and allow the body go through the healing process.

The composition of Bee Venom according to Biocure:

Melitin: Powerful Anti-Viral , Anti-bacterial & Anti-inflammatory , Stimulates ACTH secretion in the Pituitary Gland , Destabilizes all the membrane structures at the level of the phospholipids – which produces Strong anti-inflammatory effects.
Long-lasting, short-acting histaminic effects: Increased capillary permeability, edema (swelling), temperature elevation, itching, pain; increased vitality and sense of well being; forces bee venom to attach to negatively charged cell wall; anti-oxidant action.
Apamin: Stimulates central and peripheral nervous system. Stimulates secretion of serotonin and dopamine; anti-arrhythmic. So it Increases central and peripheral pain threshold, decreases pain, increases sense of well-being.
Adolapin: Inhibits enzymes in metabolic cascades of arachidonic acid and cyclo-oxygenase. so it has an anti-inflammatory and analgesic / pain releife action.
Mast Cell Degranulating Peptide (MCDP or peptide 401): Has Anti-inflammatory actions (approximately 100 times stronger than hydrocortisone) So it Reduces inflammation and pain through local action on tissue inflammation. Activates adrenal and sympathetic system.
Hyluronidase, Secapin, Tertiapin, Procamine: Anti-inflammatory , Pain relief by inhibition of “substance P” ( It function as a neurotransmittor and neuro-modulator , Substance P is released from the terminals of specific sensory nerves, it is found in the brain and spinal cord, and is associated with inflammatory processes and pain).
Compound X , Phospholipase A2 , Histamine: Involved in the inflammatory response of Venom, with the softening of tissue and the Facilitation of flow of the other substances deeper into the tissues.
Measurable amounts of the neurotransmittors: Dopamine , Norepinephrine and Seratonine.

Recommendations where to get treated